It’s all about the wifi

We had to spend the night a couple hours out of Rome after we got off the ferry. We were on our way to the Amalfi coast but couldn’t make it for check in so we needed to stop half way for the night. Our GPS either couldn’t or wouldn’t get us to the right place and after calling our host we eventually made it. It was late at night and we were tired but when we opened the doors to our spacious rental for the night we were all smiles! The wifi was the best we had had in weeks, there were huge comfy beds and more space than we knew what to do with. Sadly we would be there less than 12 hours 🙁 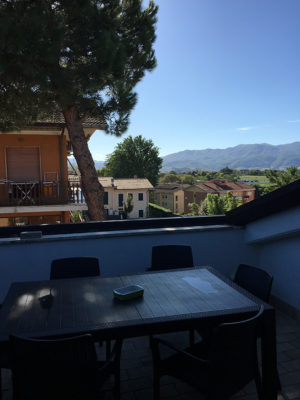 We soaked up as much wifi the next morning as we could before hitting the road. Off to Agerola. A small town in the Amalfi area. It wasn’t coastal but close. After a twisty drive through narrow mountain roads with crazy Italian drivers we had made it! Our check in was 4pm and we had a couple hours to spare before our host would be meeting us. Luckily there was a great little restaurant across the street that we were able to eat at and kill some time. In true Italian hospitality, the gentlemen that was working in the restaurant pulled out some Meloncello and poured Mark and I a shot. He says it’s used as a digestive after meals. I believe it’s served after meals to get the party started!! haha It was a bit of shock to my system but in the end was a nice tasting liqueur.

Once into our airbnb the host showed us around. It was….authentic, old, vintage, outdated and oddly layed out. Our host was lovely and presented us with a Lemon Cake and a bottle of homemade Lemoncello. Then our host was not so lovely when he told us there was a limit on the wifi. We book places based on wifi. WELL, not all on wifi but when you travel it’s something that is important. Anyway, I tell our host that the cap of 10Gb for the next 6 days we are there isn’t going to be enough so he says he will reload it for us. Once. Then after that it will be $30 per 10Gb after. Geesh, for the kids to watch a netflix movie takes up so much data. Our limit was hit early the next morning. Needless to say we ran out of data within a couple days. At least there were Italian cartoons for Lucas to watch. I swear he would be fluent by the time we left. 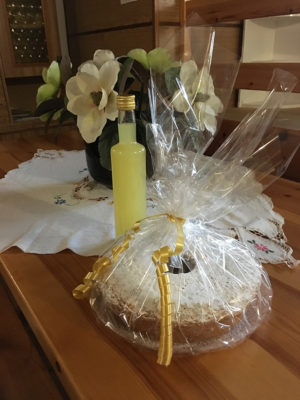 I seriously thought we were going to sink!

Race car drivers stress me out