The famous Musee de Louvre. We wanted to check this out while in Paris. It was tops on the list. Purchasing tickets online was the way to go and we beat the line at the front. Kids were free (points just for that). I tried my best to get some shots outside but I swear half the city was there and it was difficult. But it was also warm out and for our family who had been trying to find the sun and it escaping us for a month, this burst of sun and heat was a little overwhelming.

We entered the museum and our first goal was finding Mona, Mona Lisa. We knew that’s were most crowds would be and we figured best to go first. It was a madhouse. Pushing and shoving to try to get near the front. Next to impossible with all 5 of us. Mark took one for the team and tried to make his way as close to the front. In the end we have some decent shots, but I suppose it’s more of a cool thing to just have been in the room with the famous painting. 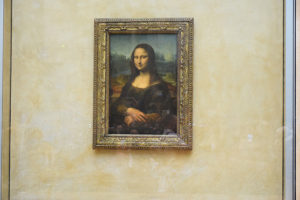 The kids were less than impressed with the museum. Too fancy for them. I actually barely saw any other kids when we were there… makes sense now. Parents probably pay the sitter to stay with the kids and then go on their date to the museum. haha 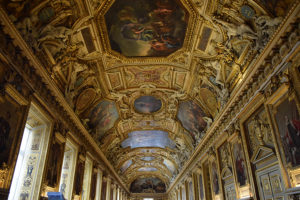 We wondered for a bit, and broke off with Mark and Avery seeing a couple sections on their own and Taylor, Lucas and I exploring the cool gift shops. 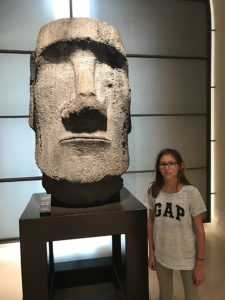 In the end the museum was more massive than I thought. There is not a hope in hell to see everything in there in one day, especially with kids in tow but so happy we got to experience this place!

After the museum we walked across to the Jardin des Tuileries. It was beautiful, it was lovely and it was freaky!! Now, the actual Jardin des Tuileries was the beautiful part….see, we saw a big group of pigeons on the grass. There were some people around them and they were holding their arms out and the birds were landing on them. Looked pretty cool to us. The kids were super curious about it. We walked over and that’s when we had our run in with one of my long lost relatives.

So back to the story: We were watching these pigeons and this man comes over to us and shakes Marks hand (or what I thought it looked like from my angle). All of a sudden the birds are all over Mark. Then the man grabs at Lucas’ arm and the birds are there, then he comes near me and puts a bird on my head. What the heck is going on??? As all this is happening there are numerous people around watching and laughing and I’m trying to take pictures of the mayhem. We realize then that he is sprinkling bird seed on us, this includes all over my head. Anyway, we have a good laugh, the birds move on to others and we start to walk away. 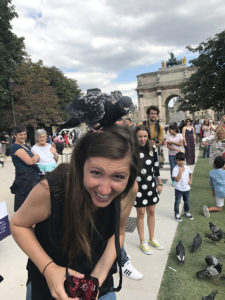 My new friend (not really at all!!) the man walks up to us and demands money. We clued in then as to what his scheme was. Perhaps we were naive and perhaps we weren’t. Not really sure, all I know is that I was worried about pick pockets this whole time since we’ve been gone. Crazy Pigeon Man was not on my radar.

So he asks for money. At first I wanted to give him some choice words but we decided we could give him 1 euro. Well…That was NOT good enough for him, no sir. He said there were 5 of us so he wanted 5 euros or pounds, he was flexible (so nice of him). I drew the line there. I explained he would not be getting more money. He seemed to think he had done some marvelous thing for us. A not so friendly exchange ensued. I kept my ground and firmly told him NO and we started to walk away. That’s when he got all dramatic on us. No, he didn’t yell. No he didn’t touch us. No he didn’t try to take money from our hands. He reached inside his shirt and pulled out his cross and kissed it and pointed to the sky and if memory serves me right, he told us we would pay for this.

Exit stage left fast after that!!!!!! We hurried away and walked more of the park, all the while feeling uneasy. Partly for falling for the scheme and partly because the Pigeon man was crazy and had just threatened us.

Today started with history and ended with some voodoo craziness. Is it weird that the Voodoo was the most exciting?!? 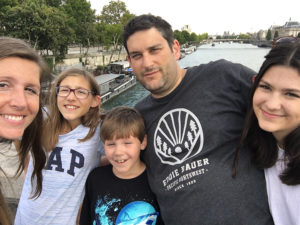 Winning the Lotto would be nice