Have you ever climbed inside a pyramid?

Today was to be our big explore day in Cairo. We met up with an old high school friend who is now living in Cairo with her husband and adorable little boy. We piled into two cars and made our way to the pyramids for a day of fun!

First thing was to pay for admission. It was slightly chaotic at the ticket booth because a massive amount of school kids were there for a field trip. But once that was all sorted out we were on our way, or so I thought. 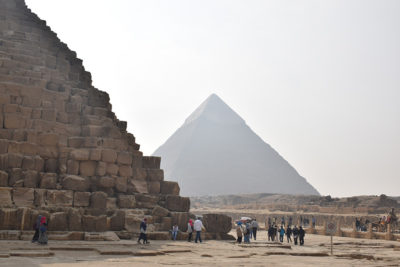 We got stopped right after the entrance by some security. It seems that the men didn’t think our oldest was our daughter. They thought she was a lone woman traveling without a husband and that caused some confusion. Lucky for us, our friend was able to communicate to them that indeed this was our daughter and we were on our way….about 10 mins later ;). 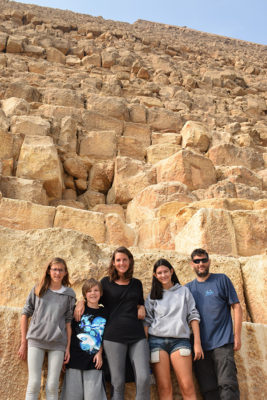 The pyramids were absolutely amazing. Like, super amazing! Massive structures constructed thousands of years ago with technology no where near what we have today, totally amazes me. What else amazed me was the fact that when you visit the pyramids you can actually climb up inside one. Not for anyone who likes confined spaces as you literally climb a small shaft up at an incline (my poor legs the next day, haha). 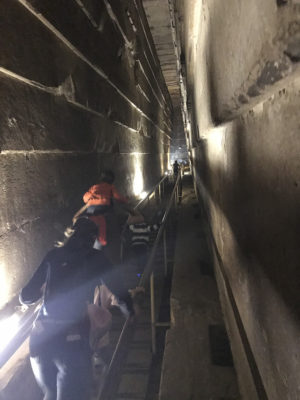 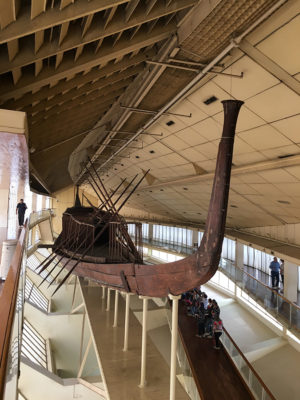 On the grounds was a very small (compared to the big pyramid) pyramid. This was for the architect, his tomb laid inside. Much more accessible then the great pyramid, and less grand but still so neat to again be deep inside this ancient wonder of the world! 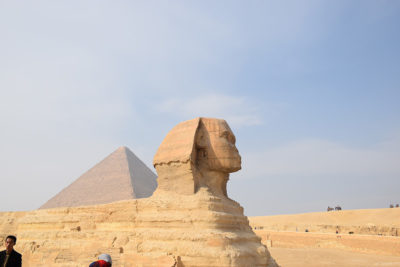 Although we were the tourists this day, the school groups that were there with us were treating us like celebrities. At first it felt a little uncomfortable but it was all in fun and we had a great time with the kids when they all wanted selfies with us. I’m not trying to brag (ok, I am sort of :)) but I honestly can’t remember the number of kids that wanted selfies with us. 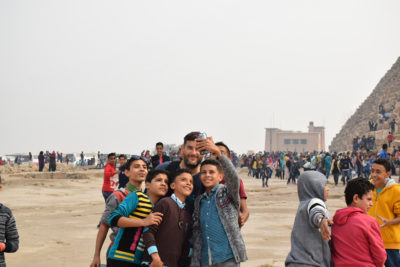 On we went to check out the Khufu, a full and intact size ship that was sealed into a pit in the Giza complex. Another AMAZING experience to be within a few feet of a ship from 2500BC! Last but not least was our time with the Sphinx. We all took turns doing the geeky tourist photo where are giving the Sphinx a smooch. 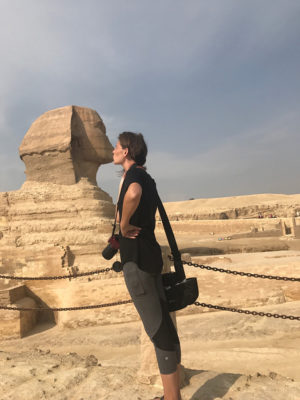 After a few hours exploring ancient Egypt we left Giza and drove to have a fantastic early dinner/late lunch at an authentic Egyptian restaurant by Khan el-Khalili which is a huge shopping market. I think the kids were getting a bit restless so we didn’t explore that long but for sure a neat experience! 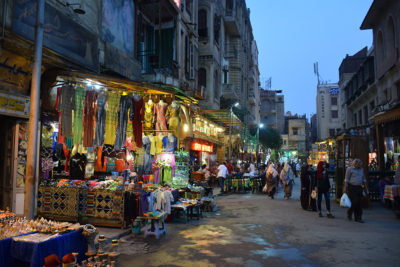 Our lovely hosts drove us back to our hotel just in time for another evening pyramid show from our rooftop. We were spoiled this day by a wonderful friend and by an amazing amount of history and culture. 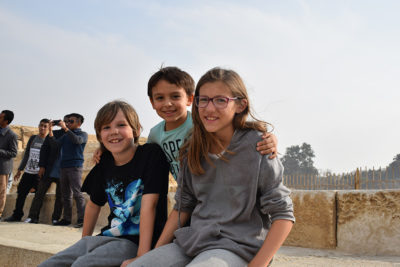 You can't top the pyramids