What are we, chopped liver?

Our last day in Dubrovnik had come. We had one last thing we wanted to do, walk around the city walls. It was great exploring the city from above for a couple hours. After that it was time to catch the bus to the airport. It was sad actually. A place that I really didn’t want to leave. I wasn’t ready. Part of not wanting to leave was the fact we had to walk all of our luggage across town to the bus station. We decided on this approach versus taking an Uber. We saved 20 euros. Worth it, right?! 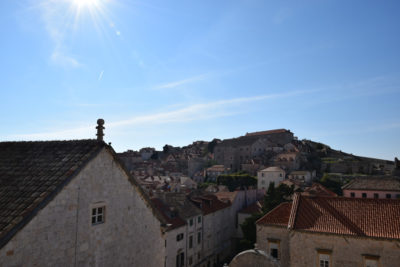 Arriving to the bus stop we weren’t the only ones with luggage and headed to the airport. A good amount of people had made it there before us. Not a problem though. By my calculations there was more than enough room for us when the bus was to show up. That is unless there are a dozen people that show up a few minutes before the bus, rush the door, leaving our family (with children I might add!!!) with no room on the bus. This really happened. This really made me angry. No shame from these people that budged right past us in line and took “our” spots. I would like to call them all bad names but this is a family friendly blog ;). We were chopped liver (that’s the saying, right?!) 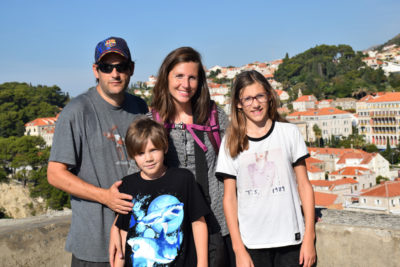 So we missed the bus, the next one wasn’t for an hour. We had enough time before our flight, that wasn’t the issue, but who wants to wait in the the sun for an hour for the bus with all your luggage. Not me. What other choice did we have though. If we left and came back we’d lose our spot for the next bus. 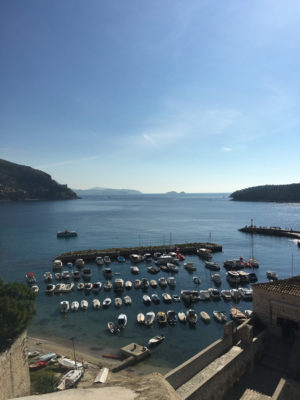 There were some others that were in the same boat as us and were headed to the airport too. We were trying to figure out if splitting a private shuttle between us all made sense when the manager of the bus station came to us and told us she was going to send a bus for us before the hour was up. In the end, instead of waiting an extra hour we waited 30 minutes and we were all taken to the airport in a large van. Whatever works I suppose. Bright side of all of this is that we met some cool people. Another couple (no kids though) also traveling the globe. It was the first time since we’d left Canada that we had met some other long term travelers and it was a nice experience. 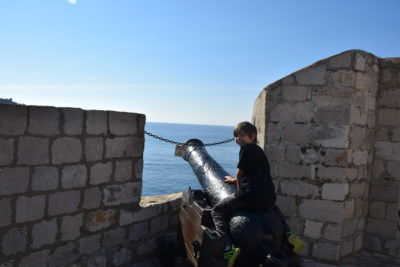 We ended up all being on the same flight to Rome, while they were making Rome their home base for a while we were just staying for a quick sleep before our morning flight out the next day. It was a fabulous experience (that was sarcasm) when our shuttle showed up to take us to our hotel for the night but actually DIDN’T take us. Who knows why but when the shuttle showed up he told us NO but picked up someone else (but still had lot’s of room) and said that another shuttle was going to pick us up and was on the way. 40 Mins later the SAME shuttle showed up and picked us up. Fake excuses were given as to why we were stranded and we were not happy with this place but it was one night and we were being taken back to the airport at 7am the next morning so couldn’t make too much of fuss. But if I am ever in Rome again and need to use the overnight hotel and need that particular shuttle I will be prepared for unsatisfactory service, haha. 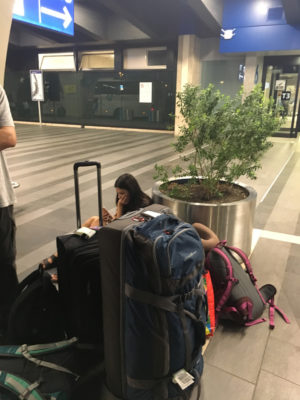 Anyone want to get married in Greece?